‘THE DEAF CHAMELEON’ By Mwangi Ndegwa

I love African fables. Though they are a work of fiction, they have some very valuable lessons. A story... 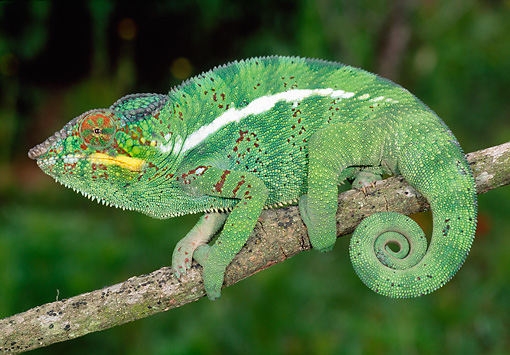 I love African fables. Though they are a work of fiction, they have some very valuable lessons.

A story is told about an incident a long time ago. It happened that one king begot a very beautiful daughter. And as was the norm, when a Princess came of (marriageable) age, the parents would seek a good man to marry her. The potential suitors would be taken through various tough tests to prove they were worthy of having the King’s daughter as their wife.

Passing this test would automatically change one’s life. The reason was that if the king accepted you as the son in-law, you got the wife, a lot of wealth and you were made a governor in one of the provinces.

So, on the material day that had been appointed for the contest, all the potential suitors arrived at the palace nice and early. Among them was one Mr Chameleon. When the other able bodied contestants saw him, they started jeering at him, some openly telling him that he stood no chance of winning. The chameleon remained quiet and never answered back. When the time for the contest to begin came, the chief steward blew the horn to summon all the contestants to the arena. When they were all assembled, the king announced what the contest was. There was a very tall mast erected at the center of the arena. It had various challenges as one went up. The first part was very smooth and slippery, the second had some sharp protrudings. The third and final one was smeared with a lotion which, when in contact with a raw wound, caused sharp stinging pain. Each of these challenges had a virtue it represented in marriage. The first one represented the good times in marriage, the second one the tough moments and the last, the painful moments. Going successfully through this proved you were ready to take care of the King’s daughter.

The contestants were each given fifteen minutes to clear the contest. To cut a long story short, few made it past the second challenge. All of them literally fell off the mast. When all the seemingly able contestants had failed, the king rose up ready to announce that the princess had to wait for another six months for another contest to be organized when the chameleon, in its characteristic slow stuttering pace, made it before the king and through an interpreter requested a chance.

All the people gathered jeered and laughed, others started to leave the venue. The few who remained just watched but with an unconcerned look because according to them, the chameleon was the weakest of all the contestants and stood no chance whatsoever. They kept shouting to him to abandon his quest. But with slow stuttering moves and totally ignoring them, the chameleon made his progress up. When he cleared the second challenge, the shouting crowd hushed. Slowly the chameleon went on with the last and most painful challenge and to everybody’s surprise, he made it to the top. He picked the golden bracelet and ring. The king ordered a ladder to be brought and the chameleon slowly climbed down. He was declared the winner and he married the beautiful princess. When asked how he weathered the jeers and boos (through the use of sign language), told the interviewers that he was deaf. So all this time the crowd was jeering and booing at him, he didn’t hear a thing. This allowed him to concentrate on achieving his goal.

This is an invaluable lesson to all of us. We all endeavour to succeed in life and we have goals and aspirations. Often times when we share with our friends, school mates, family or work mates, our dreams and aspirations, many will discourage us. This is especially so, if the goals seem big and insurmountable or if they themselves cannot figure it out. Many do so out of genuine concern, others however, do so out of malice. It is at this juncture that we need to know that our lives are our personal business and success or failure of the same is wholly dependent upon us.

So we need to learn when to play or act deaf; deaf to all the pessimists, naysayers and discouragers. Many will tell you that you cannot do it because they may fear you will be more successful than them. Others may believe that they should be the ones in your shoes. Close your ears to them and focus instead, on your prize, your future and ultimately, your destiny.  To read more posts by Mwangi, click HERE