‘Mayweather vs McGregor’ By Eddie Mukisa

This must have been one of the most talked up and hyped fighting match ever. I want to say since the beginning of... 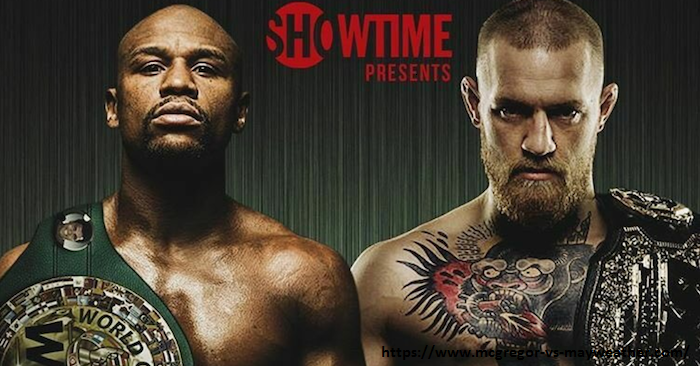 This must have been one of the most talked up and hyped fighting match ever. I want to say since the beginning of time but since I wasn’t born in the age of Muhammad Ali vs George Foreman in the ‘Rumble in the Jungle’ that took place in Kinshasa, Zaire, I can’t truly say how hyped up it was. I would rather say since the recent Mayweather vs Pacquiao match.

The Mayweather vs Pacquiao fight was hyped up a lot and ended up disappointing with the majority of the fight seeing Mayweather hug the ropes and run round Pacquiao as Pacquiao ran rampant with his fists at his opponent. Some might say Mayweather was afraid and did not do as much to excite but analysts say he was tactical. Mayweather defended the punches, wore out his opponent and waited for an opening to strike back. Some people forget Ali used to do that too. Defend, wear down the opponent while he (Ali), conserves his energy and finally moves in for the kill and “…sting like a bee”.  Pacquiao despite losing the fight took home millions of dollars. Not bad for a loser huh?

Despite Mayweather getting a lot of stick and hate from the majority of people, he always seems to prove them wrong and emerge victorious every single time. The hate that surrounds him is not without reason. He is full of ‘flossin’ and arrogance that seems to rub off badly with most people. But to be honest , as a fighter he is one of the greatest and his personality should not make someone so biased against him or his talent.

This can be proven by the 49-0 (wins) before the McGregor fight and 50-0 after. Going unbeaten throughout his career in boxing should not be underestimated since it is an awesome feat.

This fight was different and unique on so many levels. Bring in the 40-year-old boxing champion and the 29-year-old UFC champion and you got yourself a crazy fight. People thought this was a hoax but after some time it did materialize in to something real and the trash talks between each fighter commenced until boxing day which was on the 26th of August, the year 2017.

Both fans and non-fans of the game wondered whether this would be a mash up of boxing and MMA fighting or plain kickboxing or boxing. We were later informed that it would strictly be boxing and once that was confirmed, I knew straight away that McGregor would be in trouble. But kudos to McGregor for taking up the challenge and giving it his all, because I’m sure if they were to fight under UFC rules, Mayweather would not have dared considered it.

Despite everything, I think it was all about the money more than anything else. The trash talks between each fighter was above and beyond anything I had ever seen. I personally think they were just marketing their product and sold out well.

McGregor and the lack of experience in boxing was seen as he started with zeal in the first few rounds but by the half way point, he was exhausted. McGregor kept on grabbing Mayweather as if to pin him and snuck in some punches that were not allowed. You could tell he was frustrated and kept on forgetting it was boxing and not MMA (Mixed Martial Arts). He was lucky not to be disqualified. Mayweather won by TKO in the 10th round. What a fight! Will there be a re-run? Time will tell. To read more posts by Eddie, click HERE