Dear Mother, I know that I may sometimes seem disrespectful, arrogant or even ungrateful. But the truth is that I... 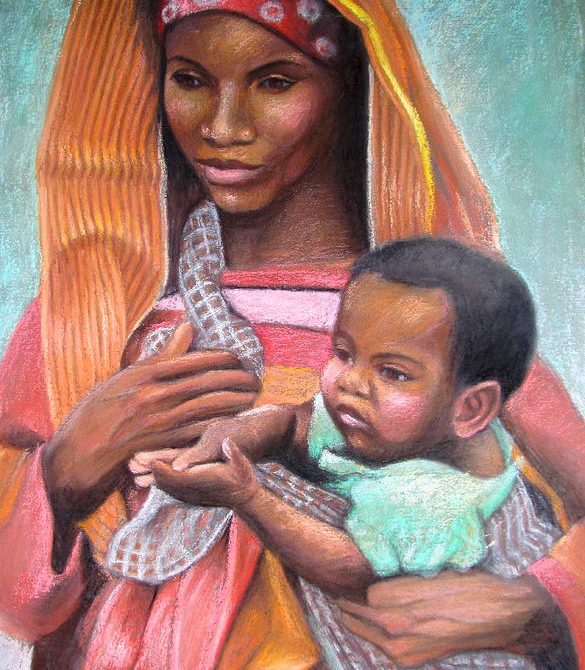 I know that I may sometimes seem disrespectful, arrogant or even ungrateful. But the truth is that I am very grateful for everything you have done for me and the many sacrifices that you made, in order for me to have a better life.

Twenty two years ago, grandmother sent you to college in the big city to study. She was not rich ,but she did all her best and supported you from the meager earnings she got from digging people’s farms because she wanted you to have everything you needed in order for you to succeed .

You arrived in the city, fresh from the village, knew very little about city life and so you had to make friends who could help  and guide you in how to survive the city .You joined bad company whom you really valued as your friends because they showed you how to earn easy cash and how to operate around the city.
Day by day, Night after night, your love for education diminished because you believed you had found your Mr.Right who provided everything for you and promised you heaven on earth once you moved into his cosy apartment. And that’s where you said goodbye to poor village life, little did you know that you were digging a deep hole that would one day swallow you. Mr.Right gave you all that you needed, and of course, you had no reason to doubt him.

After a few months of romance, love and pampering by Mr.Right, you started noticing changes in your body, started vomiting and later realized that you were pregnant, That was the biggest surprise and shock since you did not plan on having a child. Finally, you decided to tell Mr.Right and that’s when you felt that your world had come to an end. He denied any responsibility and ended up throwing you out of his house. As they say “East or West, home is Best” you had no option but to take the next bus back to the village.

Due to all the shame, you took the night bus and at exactly five in the morning, you arrived home. Your mother saw you and without saying anything you started crying and she noticed you had a problem. You had to tell her what happened and she was very disappointed since she had sent you to go to the city to gain knowledge and a degree and instead, you brought her shame and a pregnancy that has been rejected. However, since blood is thicker than water, she could not throw you out and she accepted the fact that you could not continue with your education. Nine months later, you gave birth to a baby girl and that was me.

I brought you joy after nine months of pain and anguish.You gave me the best that you could afford and took me to school to accomplish what you were not able to. I was a bright kid and was active in class until the day my teacher asked us to name family members. I was happy to name you and grandma because you were the only family that I knew, and when everyone was mentioning their family members, I realized that I was missing one important person; that was my dad. That evening I asked who and where my father was and the best (disappointing) answer that you could give me was “alikanyagwa na tractor”- he was hit by a tractor. I could not ask you if he died or survived because I could see how angry you were.

Life had to continue and you continued to raise me single handedly and one day, while in high school, an old man asked me some questions that were hard for me to answer. He asked me what was my native language and home, and to be sincere, I told him I didn’t know, simply because you never told me if I was a Luhya, Luo, Kikuyu,Kamba, Ameru or even a Taita.mother. Why?

To make matters worse, I don’t even know my father’s name or where is my ‘ushago’ (upcountry). The old man was surprised and responded “Nyinyi watoto Wa siku hizi munajifanya kua digital na hata hamjui mlikotoka hata kuzungumza lugha ya mama ni taabu..twaelekea wapi jamani’ “(You children of today… you pretend to be so digital and yet you don’t even know your native home or even speak your mother tongue, where are we heading?”.  I decided to keep that to myself. In high school, my friends used to talk a lot about their fathers while all along, I just stared and silently listened. My friends noticed my silence and asked me to tell them about my father and and yet all I could say was, ‘I don’t know my dad and don’t ever bring up that discussion again”.

At eighteen I went to apply for an ID since I was an adult. I arrived at the registration office and they ask for my documents. The man in charge, inspected these and asked me “Msichana, iko wapi ID ya babako” – Young lady, where is your father’s ID?. I was at a crossroad and didn’t know what to say so I gathered up courage and replied, “alikufa nikiwa mchanga” (He died when I was a baby). The the man then feels sorry for my ‘loss’ and helps me get the application form.

I arrive at college, with you still standing strong, beside me. I meet different people, although truth be told, I fear dating anyone because I don’t know my family members, cousins, aunties or even my uncles because I might date my cousins or stepbrothers from dad’s side. The truth is mother, it is now time for me to know my father. Please stop living in the past and focus on the present. He may have left a big scar in your heart, but there is a part of him that still lives with you and that  is me because his blood runs through in my veins.

I want to know my true identity, what tribe I am from, who my relatives are. I will always love you and never leave you but my question still is, when are you planning on telling me the whereabouts of my father; for I know he is not dead because I overheard grandma asking you when you were going to introduce me to my dad, and you told her “sitaki kusikia chochote kuhusu hiyo mjinga” – (I don’t want to hear anything about that fool). Well mother, I am sorry to disappoint you, because your daughter wants to hear everything about that fool ca anduse – I carry his blood.  Mum, I will be waiting for your response. Yours loving daughter, Kimberly

You don’t Look like an Engineer! ‘ By Danstan Wasobokha
Previous