Winging it By Angela Mugo

A few years ago, I was invited to an interview but I was not invited back to the next stage. 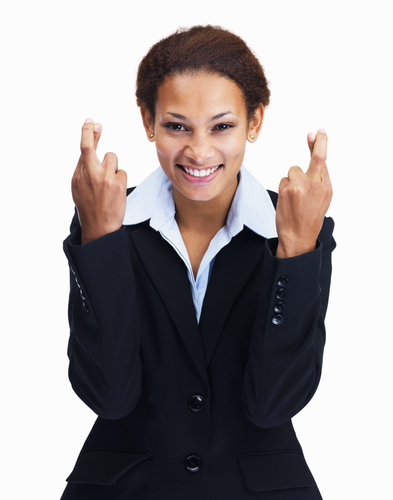 A few years ago, I was invited to an interview but I was not invited back to the next stage.

At the time, I was livid. When people inquired what had happened, I blamed it on corruption. I said the panel had probably already chosen their people and were just doing the interviews as a formality. Everyday that passed I had a theory as to why I had not made the cut. These theories however never laid blame on me; I was always a victim of circumstances in my head. According to my own analysis, I was qualified, I was the ideal candidate. I therefore did not envision a scenario where they would select another candidate over me, based on merit.

Two year later, I found myself on the other side of the interview table. This time it was me asking the questions and assessing the person, based on their responses. The thing is, as an assessor, you are expected to ask questions that will bring out a person’s personality. In a limited 30 minutes, you should dig until you hit a vein where the person’s personality will gush out. I met amazing people, people who have done things I dream of accomplishing. I was challenged, I was insulted, I was hurt and at one time, I was impressed. In one of those candidates however, I saw that girl who went to an interview and decided she was not picked simply because of circumstances.

This girl was sharply dressed and spoke eloquently. She did not sit before she was offered a seat and she shook our hands firmly. Her English was polished and she spoke easily and calmly. Conversation with her seemed to just glide along. However, halfway through the interview, I switched gears and started to talk about the position for which we were assessing. You could tell by the change of atmosphere that she was uncomfortable. She knew next to nothing about the subject. She tried to answer the questions by being charming. However, it was clear as day that she had not prepared. He answers were vague and lacking in content. They were full of beautiful but empty grammar.

This got me thinking about how so often we take things so lightly and imagine we can charm our way out of anything. We think we can use personality as a substitute to hard results. There is only so much we can talk ourselves out of. Ultimately, you have to put your money where your mouth is.

We are living in a time of plenty. The internet is available now more than ever, there are mentors willing to hold our hands, there is always someone writing about this thing or the other. It would take a lot of effort to remain ignorant, yet we go ahead and embarrass ourselves so much. We show up to meetings unprepared, we show up to interviews without even learning what the company does; in short, we give people reasons to dislike us even before they have met us. We are a generation that is used to pushing its luck. We think we can wing it. The thing is, when you are winging it everyone can see through it. You need to work, you need to have substance. Don’t let down an amazing personality by being a slob. There are people who work so hard but are fighting day and night to improve their personality. Appreciate what you have!

Why are you Late? Narrated By Arun Gandhi, Grandson of Mahatma Gandhi
Previous