Finally, I’m back after spending the holidays in the countryside. The place where cell reception is new vocabulary to the locals. A place... 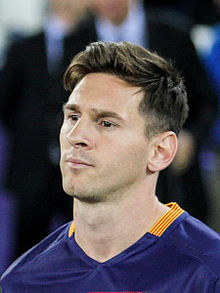 Finally, I’m back after spending the holidays in the countryside. The place where cell reception is new vocabulary to the locals. A place where smoke signals and use of drums is the only way to communicate effectively (not to worry I am not being as serious, this is just a case of hyperbole).

Receiving and sending WhatsApp messages took a whole day to go through and at times did not even go through. I remember trying to download an 80 something kb picture to no avail. To put this into perspective, when I tried to click on the google home page to at least get in touch with the outside world, it did not load at all. That’s when I knew things are going to be thick.

This generation of ours cannot survive on bread alone except for the availability of cell reception everywhere. The most ironic thing was that even though we were in the middle of nowhere, cable television worked perfectly. Football games were watched in abundance. So at least I was able to survive.

Let’s talk about the Messi master class versus Espanyol (Barcelona’s Boogey team) that took place two weeks ago. You would think Messi’s masterclass would mean five goals or a hat-trick of goals but that was not the case. He basically assisted two goals, created lots of chances and scored one goal. He scored a beauty and a genius goal with the swagger borrowed from, former Barcelona and Brazilian Legend, Ronaldinho. He played a one, two with Suarez and ended up caressing the ball between the keeper’s legs. Messi made the keeper look inadequate and completely inefficient. It would not have made any difference whether the keeper was present in between the sticks or not.

For the assists, Messi should have scored. They would have been great goals. Going past one defender, then another then another and another, not forgetting how small the area of dribbling is due to being surrounded in the opponents final third. Messi was unlucky because when he wanted to pull the trigger it fell to his fellow teammates who scored.

Despite not scoring more, this was a typical Messi performance where he was untouchable and everything he touched flourished. Surely with this kind of performance, it would be hard to see how Ronaldo will win another Balon D’Or.