What have I been up to, you ask? Pull up a chair and let me share my story with you. 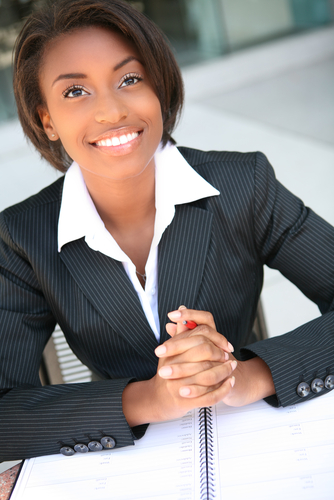 What have I been up to, you ask? Pull up a chair and let me share my story with you.

I am a very nervous person and I have a hard time letting things run their course. So throughout school, I ensured I made plans so that when I was done with school, I would have a job lined up immediately. I had an offer that I was sure about and to be honest, I was more than excited to finish school and become a working citizen.

However,  when that offer fell through, my little bubble was burst. Suddenly, there was the reality that I would have to face the ‘frustration’ of job searching. Nonetheless, I hit the ground running and started actively seeking out my contacts. This, I believe, is a move that taught me so much. When you are a student, people always ask you to call them when you finish school and you could discuss your career. So one afternoon, I sat down with my many cards and wrote emails which I followed up with calls.

Of the calls I made that afternoon, very few bore fruits. What I learnt from this experience is that it’s only you personally who is willing to go the whole nine yards for yourself. Of the few that bore fruits i.e. a meeting or a request for a C.V; none bore a job. By this point, I was confronted with the reality that I might not be as attractive a potential employee as I had imagined.

That began a period I call ‘the rut’! You know when you give up hope and decide to sit back and watch life unravel itself? That was me. All the energy I had fresh from school was no more; I was like a hamster on a wheel. I was there physically but emotionally I was miles away. All the days seemed the same, life lost its sparkle. To make matters worse, I found out I would not be graduating with everyone else. I think to this day, that was supposed to be the lowest point of my life. However, I was so out of it that I don’t remember even batting an eyelid. I just accepted it and crawled back into my space where time was just an illusion and failure never bothered me. So what did I do all day, I spent my days watching series; getting lost in these amazing fictional sets.

However, as most things have an end, so did my rut end! Thus began a period I call opportunity. One day out of nowhere, I woke up with so much energy and I did not know what to do with it. So I did a couple of applications online. One particular one was for an employability course. Luckily, I got in. Every week, I would do my courses, attend my workshops and have my meetings with more energy than I ever had. I was so excited to finally be out of the house and doing something with my life. Three weeks into this course, I got a call to interview at a company I had applied to a while back and forgotten about. Three days later, I got a call from yet another place. When people asked how I felt about all those interviews, I smiled and said I was enjoying the process. The thing is, I wasn’t lying. I had been so lost and out of it that I knew the fact that someone had looked at my C.V and decided they wanted to meet me was a bigger win than I’d had in months.

This next phase I call it, decisions. Five interviews later, I had two job offers. If you would have told me a couple of months before that I would be choosing between two jobs, I would have probably scoffed and rolled my eyes at you. The thing that counted to me most was that I had done it all by myself, I had gotten down and dirty and sought all these out for myself. It was a tough decision for me but after asking for a lot of opinions and advice, I believe I made the right choice. So six months after school; I am happy and will be starting my new job on Monday.

So, lessons! First, nobody should tell you that you have to know someone who knows someone to get a job in this country. As much as we cannot bury our heads in the sand and say this practice does not exist, I assure you there are so many opportunities where they are looking for talented individuals. Second, enjoy the process. Love the interviews, practice for them and smile even when you don’t see the light at the end of the tunnel. Third, networks are great. However, when push comes to shove, it’s your incentive and resilience that will set you apart. Best wishes to you all.