Pep Guardiola and his team were on the receiving end of some serious flogging by Barcelona on the Champions League stage that took... 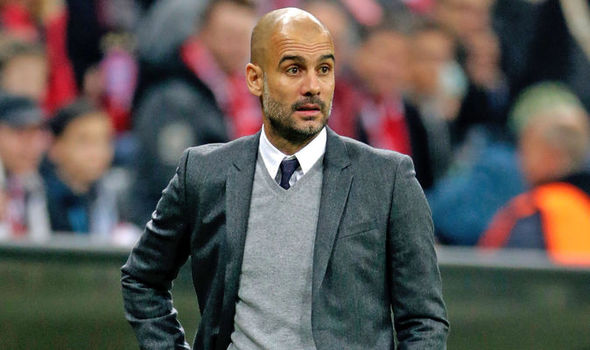 Pep Guardiola and his team were on the receiving end of some serious flogging by Barcelona on the Champions League stage that took place last week. It is a rare sight really; Watching a Pep side being washed away. Pep’s scourging should be included in the top ten wonders of the world unless this is the start of a very long, tiresome and winless season at the Etihad (Manchester City).

You might think Pep’s side has been playing awful or extremely below par but that could not be farther from the truth. They have actually played the Pep way, dominating possession, letting the ball do the work and wait till they find an opening to strike.

At first the dip in form might be due to the loss of Kevin Debruyne whom, in retrospect, I think is City’s key player over Aguero. Most of you might debate with me on this but this season has been all about Debruyne. Yes, Aguero has the most goals but remember when Aguero was injured, City kept on winning without him. Not only winning without him but winning by a large margin without their talisman. Debruyne kept City alive but once he got injured City began to struggle for form.

Debruyne and Aguero both missed penalties when they played against Everton. The game that followed was against Barcelona and Aguero was benched by Pep opting to go with Debruyne as the false nine so as to fill the middle of the park with midfielders. Which was not a bad move considering Pep wanted to nullify Barcelona’s tiki-taka.

City played well and took their game to Barcelona but lack of concentration and individual mistakes cost them dearly. City had some comical defending and were found wanting. Bravo, City’s keeper, was sent off for handling the ball outside the box. MSN (Messi, Suarez, Neymar) punished them dearly. Messi had just returned from injury and it seemed as if he did not get the memo that players from injury need a few games under their belt to return to their best. He bagged a hat- trick.

This may be a wake up call for Pep to try and tweak his tactics a bit or a wake up call to some of his players to raise their game if they are to be regarded as one of the best clubs in the world.