IT’S OUR TIME By Angela Mugo 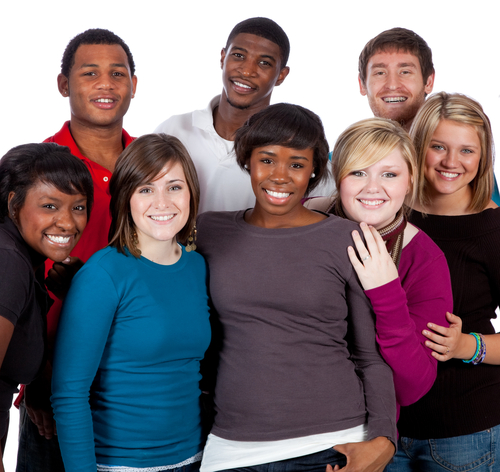 A couple of months ago, I was watching an interview on television. It was a very intense one to say the least. The person in the hot seat was a government official in charge of controlling a certain industry and the interviewers were said key players in the field. It was such a painful interview to watch.  The government official, probably way older than the interviewers was calm and collected; he presented his stand level headedly with clear and very attractive language. You could tell he was well researched and he came off as very well cultured. The younger gentlemen on the other hand were such a disappointment. They ganged up on the interviewee, not really asking specific questions just throwing around empty accusations. When that failed they resorted to cheap insults. They came across as arrogant, ignorant and uncultured hooligans.  The older gentleman was so gracious even affording a smile when requesting them to steer clear of insults and speak like professionals. When he was asked any question, he presented facts. At some point, you could see one of the ‘activists’ taken down a notch, clearly he hadn’t done his research.

Often, we as the youth (Gen Y’s), get very irritated when someone uses the term hooligan on us. We say that we are ‘misunderstood’, ‘misfits’,’ emo’ or whatever hip slang that tickles our fancy. The thing is, that is what we most probably act like. Whenever things don’t go our way, we choose brawn over brains. We want to fight a war of words and might instead of intellect. We imagine that’s the only way we will be heard. Even after measures have been put in place for us to voice our concerns, we refuse to utilize them. When we are given a voice, we refuse to learn how to articulate our views. We don’t do our research, we show up with hearsay and half-baked truths. We refuse to listen and learn. See, the said activist stands for such noble causes. I am a big fan to say the least. However, after the picture I saw him portray at that interview, he most probably lost his credibility in my eyes and in the eyes of many. Judging from the number of people expressing their disappointment online, he lost quite a number of followers too.

We are living in glorious times, internet is pretty much everywhere, we have been given avenues to air our views and lately everyone is seeking young people to hire. However, we have simply refused to exert ourselves to making a better life for ourselves. We prefer to be hooligans for hire and hangers on for anyone willing to give us a quick buck. We sit together silently stewing in rage over the government, over the education system and over any authority in our lives. The thing however is, when we are complaining and letting our lives fall apart we forget we are aging, we are becoming irrelevant. The thing is, right now you are young and you still matter. However, fast forward to ten years from now, when you have no unique skills, nothing to show for your life and several mouths to feed? When you have walked miles and miles until the soles of your feet hurt and nobody is willing to listen to you? You will look back at all the opportunities you passed up and you will hate yourself. You will wish to go back in time and learn a bit of gratitude and proactivity. However, you won’t get that chance. To save yourself from all that pain, how about you get started today? From Angela