FOOTBALL’S FIRST GREEN CARD With all the ‘wrongs’ happening in football, from racism to fair play issues, to fan violence and terrorism (as witnessed in France... 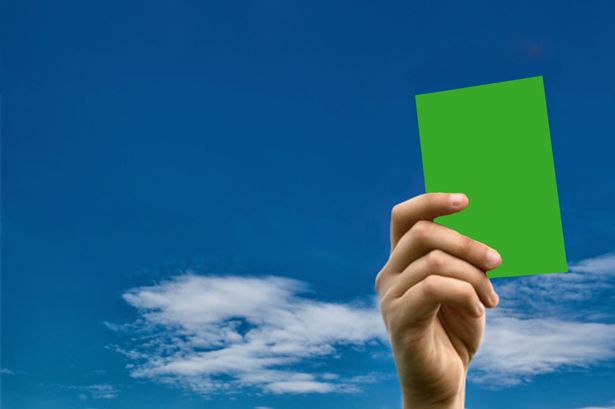 With all the ‘wrongs’ happening in football, from racism to fair play issues, to fan violence and terrorism (as witnessed in France during the recent international games) it is good to hear about players being awarded for fair play and good behavior during games. It was a good idea by the national football board to award players with a ‘Green Card’, yes you heard it a Green Card.

Not to be confused by a Green Card that refers to an immigration process of becoming a permanent resident. This green card serves as proof that its holder, a lawful permanent resident (LPR), has been officially granted immigration benefits, which include permission to reside and take employment in the United States, notes Wikipedia.

It is funny and humorous thinking about it really. Thinking of players like Real Madrid’s center back Sergio Ramos who live, eat and breathe on yellow cards and red cards getting a green card because of fair play. Ironic right?
Just imagine a Manchester United vs Liverpool game, the rivalry at its best. Tackles flying in, shirts being tagged, elbows greeting faces, the fans at each other faces then all of a sudden a green card in the midst of all that. Hilarious right?

At the end of the season, all the green cards are added up and the player with the most receives a fair-play trophy. Just like in the case where a player accumulates five yellow cards in the league gets suspended for at least one game.
Cards will be dished out if players, for example, kick the ball out of play when an opponent is down injured or if they assist the referee in correcting a call for their team, when he clearly gets it incorrect. But bizarrely, green cards can be awarded for diving – providing you get up and admit that you made an error by going to ground, notes The Mirror. The first green card was awarded in Italy’s Second division, Serie B, in October 2016.

THE QUIET SAGE: IN SILENCE YOU SPEAK SO LOUD By Martin Andrean Gicheha
Previous