‘WEALTH vs RICHNESS’ By Danstan Wasobokha

In 1923, nine of the wealthiest people in the world met at Chicago's Edge Water Beach Hotel.  Their combined wealth, it is estimated, exceeded... 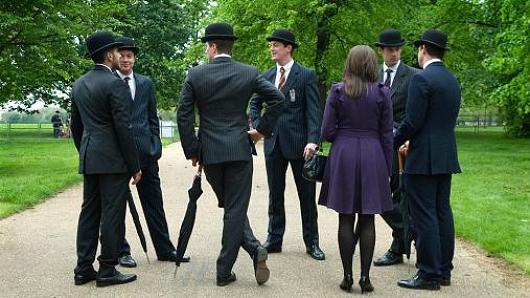 In 1923, nine of the wealthiest people in the world met at Chicago’s Edge Water Beach Hotel.  Their combined wealth, it is estimated, exceeded the wealth of the Government of the United States at that time. These men certainly knew how to make a living and accumulate wealth. Attending the meeting were the following men:

That’s a pretty impressive line-up of people by anyone’s yardstick.  Yet, 25 years later, where were those nine industrial giants?  Let’s examine what happened to them 25 years later.

What they forgot was how to “make” life while they got busy making money!  Money in itself is not evil; it provides food for the hungry, medicine for the sick, clothes for the needy. Money is only a medium of exchange. We need two kinds of education:

There are many of us who are so engrossed in our professional life that we neglect our family, health and social responsibilities.  If asked why we do this, we often reply that “We are doing it for our family”.

So take a moment and ask yourself, “Has the water entered my ship?”  I hope not!   Hope the above story will drive all of us in a better direction.

‘Alone I can ‘Enjoy’ but together we can ‘Celebrate’.

‘Alone I can ‘Smile’ but together we can ‘Laugh’.

That’s the BEAUTY of Human Relations.

We are nothing without each other!

'What makes a Man Feel Appreciated' By Mercy Karumba
Previous