‘CRAB MENTALITY, BEWARE OF THIS DANGEROUS PLAGUE!’ By Danstan Wasobokha 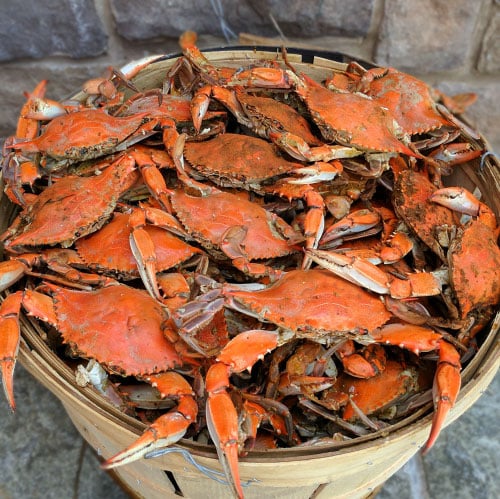 In Deira Market in Dubai, live crabs are stored in a bucket or pot. Individually, the crabs could easily escape from the bucket or pot. Instead, they grab at each other in a useless ‘King of the hill’ competition which prevents any of them from escaping and ensures their collective demise. ‘Crab Mentality’ is a way of thinking best described by the phrase, ‘If I can’t have it, Neither can You.’ or ‘If I have it, nobody else should.” Unfortunately, most Africans are plagued by this. I used to wonder where it all begins until I joined University.

I was shocked when a lecturer confidently beat his chest with pride and bragged about being the only professor in his field in East and Central Africa for more than a decade. He told us how busy he is traveling to Universities in the region to administer his services single handedly. To show us how ‘difficult’ his subject is, he gave rough statistics of the performance in his previous classes. About 98% of students in his class fail his subject. He went ahead to assure us that it wouldn’t be any different for our class. He made it clear that there was nothing we could do and there was nowhere we could take him. His word was final. He determines the grades. Whichever complaints we’d place, would somehow find its way to his table. And he would ‘come’ for you. I just stood there and wondered, ‘What a terrible teacher!’

You mean someone can be so horrible that they teach a subject for more than a decade and never inspire anyone else to take interest in it. And how demented would you be to take pride when people fail, more so in a subject you claim to be teaching. Little did I know that his was not the only case, most of the lecturers I would meet henceforth fell into the same category; measure their toughness based on how terribly students fail in their subjects. And the system is so skewed that grades are entirely determined by the teachers’ feelings, frail ego and self esteem issues not merit. As a result, students took to the unhealthy competition and would sabotage the other anytime they spotted a weakness.

This partly explains the unhealthy #culture in most local companies in #Africa. Unhealthy #politics, constant gimmicks and unnecessary #conflicts. There is grave distrust at all level of #leadership. Employees live in constant fear hence unable to give their best at any given time. People waylay each other when they sense potential #success.

Data from the Kenya Engineers Registration Board indicates that there are 1,323 registered engineers out of the estimated 6,323+ engineers serving a population of 45+ million. ‘Getting registered is a miracle that some of us my never see,’ says Joe, a masters student in Electrical Engineering.

At least every Kenyan student knows of people who have been attempting to get Masters or Phds in a field for 5+ years to no avail. The reason being, the supervisors want less competition in their field hence fake busyness, complicate simple processes, differ on baseless claims and eventually fail people undeservingly.

Rihanna releases a lip gloss, people spend a fortune to buy it. Michael Jordan puts out some new trainers, people buy it. Dr Dre has new headphones, people buy it. Oprah promotes weight loss programs, folks jump on board, waking up against time zones just to follow. Beyonce has a concert, people get tickets worth a year’s house rent.

When building, nobody dares to like, share, follow, talk about or buy your products. Complete strangers are more inclined to help you succeed rather than people you actually know. They are more interested with Kardashians, Beyonce, Nicki Minaj etc yet when they are broke or in trouble they call you for help. ‘Why don’t you call Nicki Minaj?’ I keep wondering.

I once wrote an article about youth unemployment titled, The Quagmire Of Youth Unemployment and had less than 20 interactions on facebook. A prominent politician in the city copied everything word for word without giving credits and pasted it as his, on his profile. He got 40,000+ likes and thousands of shares.

Remember when you support a small business, you are helping families feed their kids and pay mortgage, not adding a few more zeros to a celebrity’s bank account. So next time you see a friend posting about their business give them a quick like, share or a comment, you don’t even have to buy the product or service. It all helps to gain more exposure for their business which really helps.

A South African student, Ghaneshree Moonsamy, had her Masters thesis converted to PhD. This is an unimaginable occurrence that I never thought would happen while I am alive. Maybe change is not as impossible as our experiences tend to force us to think. Maybe it is possible. Maybe it comes quick when we are the change we want to see. Because we are not children of a lesser God.

THINK LONG TERM - Don't win the battle, only to then lose the War. By Miriam Mukasa
Next
Loading...
Loading...