ARE YOU A DEAD SEA? By Danstan Wasobokha

As you probably recall, the Dead Sea is really a Lake, not a sea. It’s so high in salt content that the human... 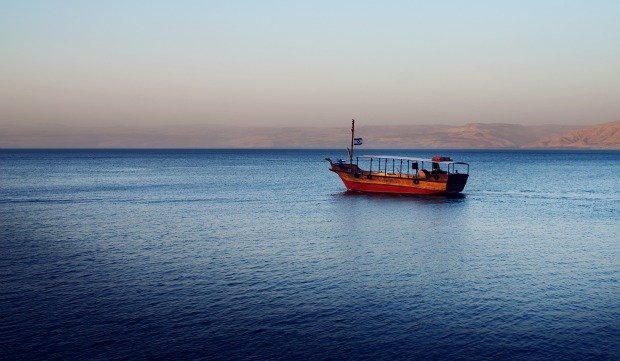 Both the Sea of Galilee and the Dead Sea receive their water from River Jordan. And yet, they are very, very different.

Same region, same source of water, and yet while one sea is full of life, the other is dead. Why?

Here’s apparently why.
The River Jordan flows into the Sea of Galilee and then flows out. The water simply passes through the Sea of Galilee, in and out – and that keeps the sea healthy and vibrant, teeming with so much marine life.

But the Dead Sea is way below the mean sea level that it has no outlet. The water flows in from the River Jordan, but does not flow out. There are no outlet streams. It is estimated that over 7 million tons of water evaporate from the Dead Sea every day. Leaving it salty, too full of minerals and unfit for any marine life.

So the Dead Sea takes water from the River Jordan, and holds it. It does not give out. The result? No life at all.

Mind you, the Sea of Galilee does not discriminate. It gives off it’s water freely to the open sea. This is what keeps it fresh and alive.  This is what our dying world needs most today.

MORAL:
Think about it. Life is not just about getting. It’s about giving. We all need to be like the Sea of Galilee.

We are fortunate to have wealth, knowledge, love and respect. But if we don’t learn to give, we could all end up like the Dead Sea. The love and the respect, the wealth and the knowledge could all evaporate like the water in the Dead Sea.  If we get the Dead Sea mentality of merely taking in more water, more money and more everything, the results can be disastrous. Nature communicates to us all the time and this is one perfect example!  In the sea of your own life, make outlets; many outlets. For love, peace, happiness, joy and everything else you receive in your life, make sure you don’t just get; but make sure give as well.

Open the taps to give and you’ll open the floodgates to happiness. Make it a habit to share and to give, and you will experience the richness and the fullness of life.  Don’t be like the Dead sea. To read more posts by Danstan, click HERE