BE CAREFUL NOT TO KISS THE ‘DONKEY’ GOODBYE! By Mercy Karumba

I am sure most of us have heard different versions of this story from our childhood. Once upon a time,... 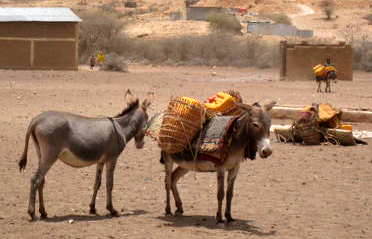 I am sure most of us have heard different versions of this story from our childhood.

Once upon a time, an old man, a boy and a donkey were going to town. The boy rode on the donkey and the old man walked. As they went along, they passed some people who remarked that it was a shame the old man was walking while the boy was riding. The man and boy thought that perhaps the critics were right, so they changed positions. Then, later, they passed some people who remarked, “What a shame, he makes that little boy walk.” So they then decided that they’d both walk!

Soon they passed some more people who thought they were stupid to walk when they had a decent donkey to ride on. So, they both rode the donkey. Now they passed some people who shamed them by saying how awful it was that they would put such a load on a poor donkey.  The boy and man figured they were probably right, so they decided to carry the donkey. As they crossed the bridge, they lost their grip on the animal and he fell into the river and drowned.

Many a time, we listen to people too much that we lose sense of what we really want within ourselves.The donkey in this case represents our achievements in life just like the man and his son were on their way to the market to sell the donkey. You get a job in this place and you earn this much, your critics will talk and you start looking for another job. You start a business, after investing heavily, your critics talk and you find yourself not so passionate anymore and you start looking for another investment. You date this girl/boy and once again  some critics start commenting about your relationship so you drop him/her. You know it’s so hard to please anybody and as much as the donkey scenario seems impractical, sadly it reflects the life that most of us live. We no longer know who we are or what we stand for. Let us be careful not to “kiss our donkeys(achievements in life) goodbye” in the name of pleasing others. To read more posts by Mercy, click HERE

On 'TRUST ONCE BROKEN...' By Mwangi Ndegwa
Previous