There once lived a king in one of the African kingdoms. He was known... 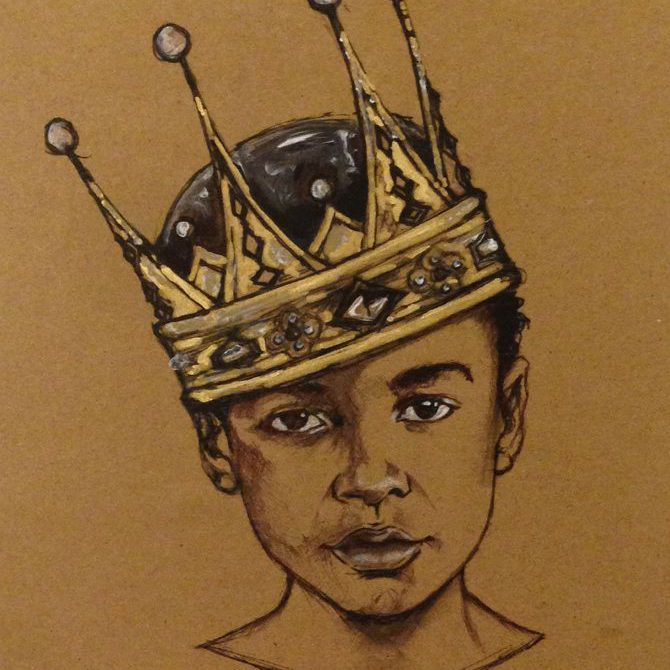 By Mwangi Ndegwa May 7, 2019
6 794 0
By Mwangi Ndegwa
May 7, 2019
6 794 0
There once lived a king in one of the African kingdoms. He was known for his kindness and open heart towards his subjects. He would stop his entourage anywhere along the kingdom roads to have a chart with an old lady or man. He would even alight from his horse drawn carrier to say hello to children he found playing along the roads. The kingdom was quite vast and so to tour it all, usually took him a whole year and if it was raining, it took him even longer than that. He had divided his kingdom into provinces and each had a governor in charge. In one of the provinces by the name of Great Rivers, there lived a peasant family who had only one child; a son.
The peasant son had always harboured ambitions to become king one day, and his heart’s desire was to one day meet the king and explain his ambitions to him. He had never shared this with anyone but whenever he was taking care of his parents’ flocks, he would fantasise about being a king and riding on horse drawn chariots. His day dreaming used to get him into trouble because sometimes the goats would wander into a neighbour’s farm and destroy some of his crops. This would invite a thorough beating from the owner of the farm and his parents later in the day. This however, never deterred him from his dream.
During one year, there was a severe drought and all pasture in Great rivers dried up. The young boy valued his parents few livestock and would go to any lengths to ensure they were well fed. When the situation became worse, he requested that his parents allow him to take the livestock to the neighbouring Four Mountains province. It happened that the governor of this province had passed on and so the king was coming to install a new governor. The young boy had no idea about it. All he wanted, was to find pasture for his parents’ livestock. When he arrived on the other side of the mountains, he found so many people along the road and a lot of activities and decorations. He enquired from one of the residents about all the activities and one of the resident informed him that the king was coming to install a new governor. The boy’s heart leaped. He knew this was an opportunity to finally realize his dream but there was one challenge; his dad’s livestock.
He couldn’t take them to the great arena where the installation was happening. So he racked his brain and finally an idea clicked in his mind. He knew the king was very friendly so all he needed to do, was find a good spot where the king would see him. So he drove the livestock away from the arena and down the road where the king would pass through. He went far down enough where there were very few people but some good pasture for the animals. He sat at the roadside and waited and after two hours of patiently waiting, he saw dust way down the road and he new it was the king’s entourage making its way up towards the arena. He ran to the side of the road and when the kings carriage got near him, he started waving his arms and shouting in excitement. When the king saw him, he commanded his carriage to be stopped and he stepped out and walked over to where the little boy was. The young boy was overwhelmed and tears started trickling down his face. The king and boy chatted for a while and then the young boy got a chance to explain to the King his ambitions, the King was so delighted and agreed to take him into his academy where he trained other young boys and girls on matters of leadership and governance. The boy could not hide his joy.
From our analogy above, it is clear that if this young boy had stayed in the arena, he would not have been given a chance to see the King, let alone speak with him. In addition, the boy had positioned himself in a place where the King’s eye could not miss him.
I believe all of us get equal chances in life but the question is; how many of us are in the right position? How many of us are even aware of which channel our opportunities could come through. It is almost impossible to know that, if your mind is not tuned in to the right channel. We need to do a personal evaluation so we know our strengths and our weaknesses. We need to know what we are good at and then tune our minds to that channel. Stay alert or your opportunity will pass you by, as you slumber. To read more posts by Mwangi, click HERE
Photo Credit: Pinterest

On 'THE VALUE OF SACRIFICE' By Mercy Karumba
Previous