The Croatian president Kolinda Grabar Kitarovic created a storm by her beauty and selfless support of her national football team at the 2018... 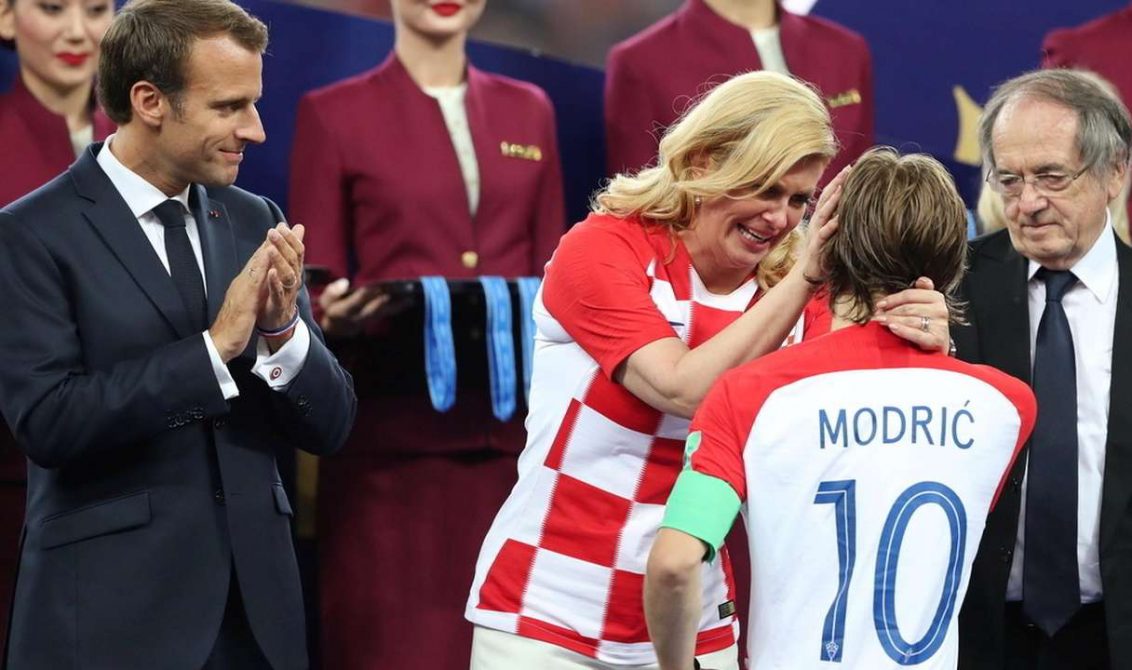 The Croatian president Kolinda Grabar Kitarovic created a storm by her beauty and selfless support of her national football team at the 2018 World Cup. But do we know what lies beneath her beauty?

Born on 29 April 1968, she is a graduate of English and Spanish literature. She then did a  post-grad. in international relations and is a Fulbright scholar, who studied at George Washington university, Harvard and Johns Hopkins university. At the age of 46, in the year 2015, she became president and started pursuing her doctorate in International Relations. Don’t get waylaid by her beauty because she is an ex army commando and an ace marksman too.

Between 2007 to 2011, she was the Ambassador of Croatia to the USA and then became the first female Assistant Secretary General for Public Diplomacy in NATO. In that capacity, she visited Afghanistan a number of times to raise the morale of NATO troops deployed there. Within NATO circles, she is known as SWAMBO; that is She Who Must Be Obeyed.

Known as a no nonsense woman, she instilled discipline and dedication, leading by her own example. She has been highly praised by both George Bush Jr and Barack Obama. She bought her own economy class flight ticket and came to Russia to watch Croatia playing. She put on a Croatian jersey and sat at the VIP box breaking all norms. She mingled with spectators and hugged the players, who were sweating and in briefs in the dressing room.

She speaks fluent: Croatian, English, Spanish and Danish. Moreover, she is fairly adept in speaking German, French, Russian and Italian. She was seen speaking to both Putin and Macron fluently in Russian and French respectively. Therefore, she is epitome what a nation’s leader should be, brilliant, savvy and inspiring! To read more posts by Danstan, click HERE

'EVERY BEGINNING HAS AN END' By Anne Gathoni
Previous