‘THE MAKING OF A MONSTER’ By Anne Gathoni

As we continue to delve deeper into the abyss that is Greek mythology, today I would like to share a story that has... 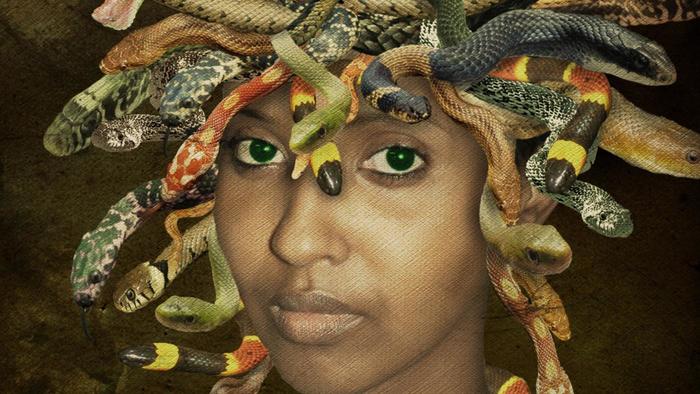 As we continue to delve deeper into the abyss that is Greek mythology, today I would like to share a story that has been told many a time. I don’t know to what end, but I shall tell it anyway.

The story of Medusa.

Medusa was once a fair maiden with golden hair that streamed gracefully down her willow frame. She had striking yet soft hazel eyes, delicate like the lilies that scattered the fields; always preferring a shy earthbound focus. Wondering how such a winsome maiden could have turned into a monster, I did some digging and came across two oddly contrasting versions that only had one thing in common; the goddess Athena. So which rendering of events really happened?

The first account acknowledges her beauty, but also her egotism. Medusa was bewitching to the eye and heart, but was also very aware of how beautiful she was; and not a day would go buy when she wouldn’t compare herself to everyone and everything that she came across. Medusa was apparently so vain that she compared herself to the goddess Athena; this did not rest well with the fierce goddess. She cursed Medusa, turning each and every one of her golden locks into serpents. Her head was now bedecked with appalling snakes, and her once gentle eyes turned into furious, glaring orange orbs that sent men to their graves if ever they were so unlucky as to stare at them.

The second account is, by all standards, a sadder recollection. Medusa, being so beautiful, was the object of many men; and not only men, but Gods as well. In particular, the god of the sea, Poseidon. She was a chaste woman, a priestess of the Athena, and as such was celibate. She therefore berated all his attempts at her seduction. Poseidon grew obsessed with her and one day followed her into the temple of the goddess,where Medusa had sought refuge from the persistent God. When Poseidon found her, he became obsessed with her. Poisedon then threatened to harm everyone at the temple of Athena unless she agreed to marry him.. And that she did to preserve the lives of her fellow priestesses…

With these two versions in mind, next week we will get to see how she proceeded to become on the inside what she was on the outside; a monster. To read more posts by Anne, click HERE

LEARN TO THRIVE WHERE YOU ARE PLANTED By Mwangi Ndegwa
Previous