‘ONLY WITH MUCH PATIENCE AND EFFORT’ By Anne Gathoni

The story of Pandora’s box is one that has fleeted through time, and has been heard by many. It is always given as... 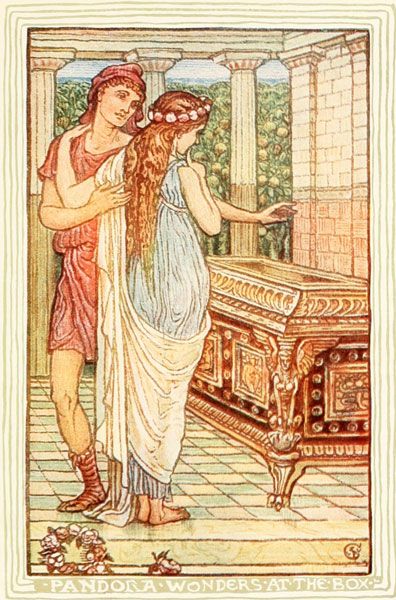 The story of Pandora’s box is one that has fleeted through time, and has been heard by many. It is always given as a resounding warning to not allow our curiosity to get the better of us. To always listen when we are warned about something, or, someone! So let us take a look at her story and  then decide whether we would have done anything different.

Zeus was angry at Prometheus, who had created man and had given him fire, which was only meant for the Gods. He banished him to a far cast rock where nobody would ever find him. Prometheus had a brother, Epimetheus. Zeus in his shrewd manner and in his thirst for revenge decided to punish him as well, and duped him by creating Pandora. A maiden of pure beauty, who instantly enchanted the poor Epimetheus, who was quick to marry her – despite Prometheus’ warnings.

At the wedding, Zeus presented them with a wedding gift; a beautiful box with inscriptions warning whoever held the box to never open it until the Gods so decree. So Epimetheus took the box, and told Pandora that she could look at it whenever she wanted, but that she was to never open it. But alas! The box had such a strong allure that Pandora could only hold back for so long. And so on one day, when Epimetheus was out on the field, she got the key, got down on her knees besides the box, and opened it.

No sooner had she lifted the lid, then hundreds of tiny, grotesque fluttering creatures flew out, making all sorts of shrieking noises; finally out in the world – free to cause as much mayhem as they possibly could. She tried to close the lid back on them, but they were too quick and they all flew out and escaped through the open windows.

Pandora was distraught and lay on the ground, mourning, weeping and cursing herself for her stupidity. Amidst her devastation, she heard a scuffling noise from within the depths of the box. She peeped in, and saw two little beings, with much gentler faces than the tiny beasts that had flown out before. They said to her, “Foolish girl. You opened the box and unleashed all evil. But we are love and hope, and we will help you undo the mischief that you have done. But it will take much patience and effort.” And with that, Pandora set out to fix what she had broken.

This story goes to prove that yes, while you may have messed up a lot worse than you could have ever imagined, if you look in the right place, you will find the hope that will help you move forward and right your wrongs. But only with much patience and effort. Wishing you all, a good day. Click HERE to read more articles by Anne.

'THORNS OR FLOWERS, THE CHOICE IS YOURS' By Mwangi Ndegwa
Previous