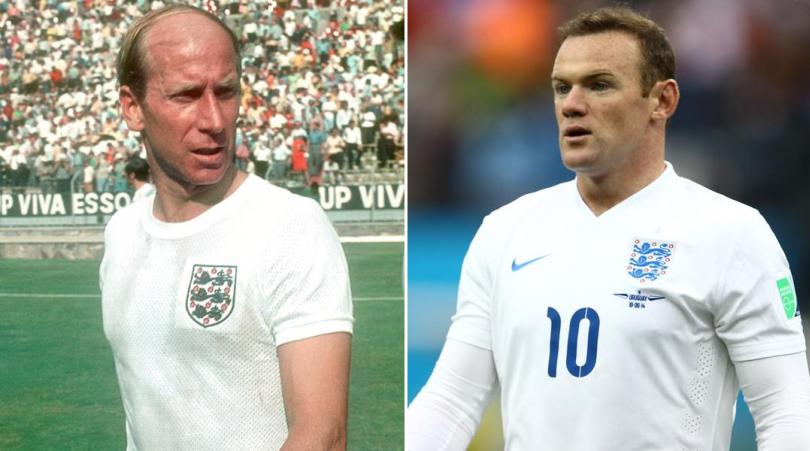 Sir Bobby Charlton’s full name is Robert Charlton. He played as an attacking midfielder and forward during his time which ran from 1953 through to 1973. He started his career as a youth in Manchester United and was later promoted to senior level in 1956 to 1973. He then left Manchester United to join Preston North End as a manager in the 1973-74 season. He changed to player manager the following season. He then became director at Wigan Athletic then afterwards a member of Manchester United’s board of directors in 1984 and has been there ever since.

There has been so much fuss about Rooney beating Bobby’s record from the media to the point where it started getting stale. This was not a normal goal scoring record held by Sir Bobby. It was a record made with passion, pain and skill.

Sir Bobby was one of the few players to survive the tragic Munich air disaster that took place in 1958 when it claimed about 23 lives including 8 Manchester United players. Sir Bobby and his fellow teammate went to the back of the plane and exchanged seats with two other teammates. When the accident happened, the other two teammates who took Sir Bobby’s seat and his pal’s seat died while Sir Bobby and his pal survived.

This led to Sir Bobby playing throughout his career with vigor, skill and dogged determination for Manchester United scoring 249 goals for the Club.

Since busting on to the scene as a 16-year-old; Rooney was always going to be a football great. After Sir Alex Ferguson secured him for United, the goals started going in. Not only casual goals but spectacular and crucial goals. The past few seasons have been hard on Rooney since he has been on the ‘waYne’ as he grows older and slower. If Rooney had kept his usual ‘Wazza’ form throughout his career, he would have broken the record two seasons ago. I have no doubts about that.

But still Rooney has some ‘it’ factor though it needs to be summoned at times.

His 250th goal was a Rooney special with a strike that could get a sick child healed. A free kick from an improbable angle, quite some distance away, while the team is one goal down in the 93rd minute. Talk about coolness personified.

Well done Rooney and congratulations on being United’s top scorer.