On ‘KNOWING YOUR WEAK AREAS’ By Miriam Mukasa

On knowing Your Weak Areas Many people wrongly assume that being a good leader means having answers to every question.... 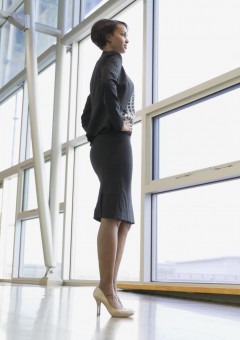 On knowing Your Weak Areas

Many people wrongly assume that being a good leader means having answers to every question. That being a leader is about not admitting to any weaknesses. This is far from true.

Indeed, some leaders are successful because they identify early on where their weaknesses lie and find a partner or colleague who then makes up for these weak areas. For example, if you are a CEO who prefers building client relationships over auditing company accounts, or coding, then you will do well to identify a Deputy who comes with the skills which you do not possess.

Another example: During the 2008, USA elections, while then Senator Obama was able to attract many people especially youth to his campaign, there were some demographies which he was not able to tap in to, in the numbers required to secure the keys to the White House. So what did he do? He tapped into people who he knew, could relate to and market him to these demographies. So, for Black American voters (especially those from the working class); who better than his wife Michelle whose own family had risen from humble begginigs. He then needed to appeal to white working class/blue collar workers. Who better than Joe Biden ([his Vice President choice), to speak to and market Obama to blue collar workers. Obama has often been described as too intellectual, too professorial and so he needed to bring in others, to enable him to have the cross appeal required to give him the keys to the White House.

A good leader/entrepreneur will not be too proud to admit his/her weakness and will not put ego before everything else, including the company or, the institution which they run. A good leader or entrepreneur will not feel threatened by someone who is more knowledgeable than he/she is. Instead, they will look for the best partner or colleague and get to work, knowing two minds are better than one. To read more posts by Miriam, click HERE

'COVID-19 IS NONE OF OUR BUSINESS' By Danstan Wasobokha
Previous