DO CULTURAL DIFFERENCES HAVE AN IMPACT ON RELATIONSHIPS By Mitchell Odhiambo

According to the research conducted in 2015 by Pew Research Centre, 86% of Kenyans say religion is very important in their lives, making... 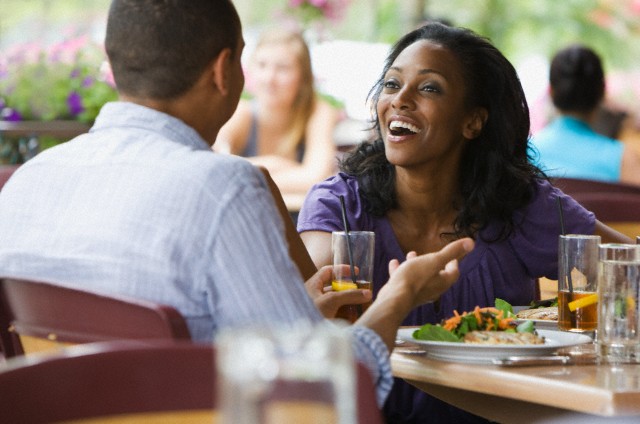 According to the research conducted in 2015 by Pew Research Centre, 86% of Kenyans say religion is very important in their lives, making it the eighth most religious country in Africa. With the diverse practices within these religious groups, I bet the distinct cultures portend a strong bearing on the likelihood of success/failure of a relationship. I will mention something on this and I am sure most of you will relate.

I was having conversation with a friend of mine this past week about cultural differences and this issue came up. There’s a university in this country ( and I won’t mention which), whose love birds call each other Dad & Mum. Yes you read that right and don’t ask me how. I just happened to know this. Pause for a minute and imagine, your girlfriend/boyfriend calling you Dad/Mum or you calling her Mum/Dad. Would you date a girl coming from a culture like this? How would that work?

This is the Kind of partner who would suggest you name your child Epaphroditus/Eutychus. Would you? How would you handle that? A culture like this would probably forbid dating couples to meet each other in private. You could only meet in a Bible study course, or in the company of the brothers. How would this affect your relationship if you wanted to date a girl/boy emerging from such a culture and you are a bit more liberal?

Take Kenya; a country with 44 tribes (maybe more) and we’ve seen the jokes all round even music compositions e.g. Ugali (find the track on YouTube if you haven’t heard it. There’s this tribe from Western Kenya that eats Ugali seriously. Supper is no supper unless it consists of Ugali. So imagine you come from some other part of the country that doesn’t consume Ugali much and you probably don’t like it or don’t know how to cook it well? How would that relationship survive? Who would have to make adjustments where and how?

Or there’s this tribe whose women get bashed for putting soup in everything i.e. so much water it looks like Lake Victoria. Followed by throwing in all ingredients and hoping they mix in there. I read a joke somewhere that porridge was discovered when someone tried adding water to Ugali to make more soup.

How do these cultural upbringings affect relationships? Are they too important for you? Would you rather sacrifice a relationship or are you willing to make adjustments? If so, how far are you willing to go in your dynamism? Let me hear your thoughts on the comments below on how cultural differences have affected the relationships you have or have had.   Until we speak again, I am your host Mitchell Odhiambo. Welcome to a man’s World.  To get a female perspective on this, click HERE to read my colleague Mercy’s views.

Life's Greatest Lessons Are Disguised in Our Most Trying Times, But You Must Keep Perspective By Matt Mayberry
Next
Loading...
Loading...