TIME FOR A CAGE BREAK By Mwangi Ndegwa

Many TV/Movie fans will be aware of the TV series, Prison Break. I won't lie and say that I have ever watched even a... 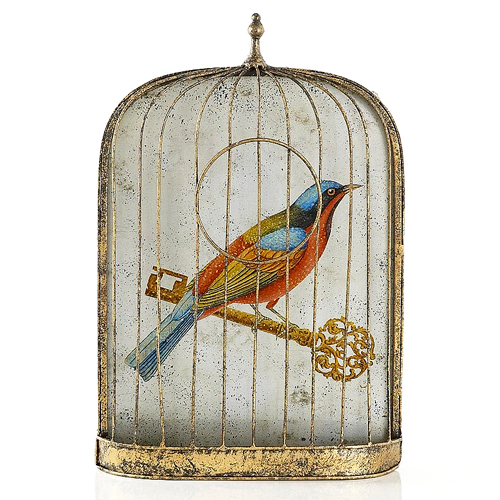 Many TV/Movie fans will be aware of the TV series, Prison Break. I won’t lie and say that I have ever watched even a single episode (for I am not a movie geek), however, I have friends and close ones who religiously followed the series.

From their explanations, it was all about a guy by the name of Michael Scofield whose brother Lincoln Burrows was arrested for a crime he did not commit and had been convicted and is on the death row. Michael sets up to hold up a bank get himself arrested, convicted and incarcerated in the same prison where they start an elaborate plan of escaping from prison so that they can prove the innocence of Lincoln. The story is long but this will suffice for now.

When I first read this title, I became curious and as I was doing some research on the internet, a thought crossed my mind. A bird in a cage inside a very nice house in a plush neighbourhood is very safe and has no need to look for food. It is all provided for. However, the question is: Is this where the bird was created to live? The answer is No.  So although the air is fraught with danger and food is not guaranteed, nature is where the bird was created to be and it will never fulfill its purpose as long as it remains in that cage.

This brings me to another realisation. Most, if not all of us, are in cages like this bird. We may not realise this since often these prisons are about mindset. These may be some habits we developed and are unable to kick. They may be beliefs and traditions which were passed on by previous generations but ones which are now outdated. Our cages may consists of friends who are draining or misleading us and yet we cannot drop them for fear of backlash. The examples are endless. Deep inside in our hearts and our subconscious minds, we clearly know that it is not supposed to be this way. We know that this is not where we belong.

Today we need to do a “Cage Break.” We need to realize that we are wasting valuable time and resources over trivial matters while the more important ones are left unattended. We need to sit down and write out what is important to us and then focus our energy on these Anything that is not for our own good and the good of society needs to be dropped out of our lives. That cage of laziness, procrastination and bad habits, need to be demolished so we can fly out to our purpose and destiny. Let’s meet in the skies, for that is where we belong. To read more posts by Mwangi, please click HERE